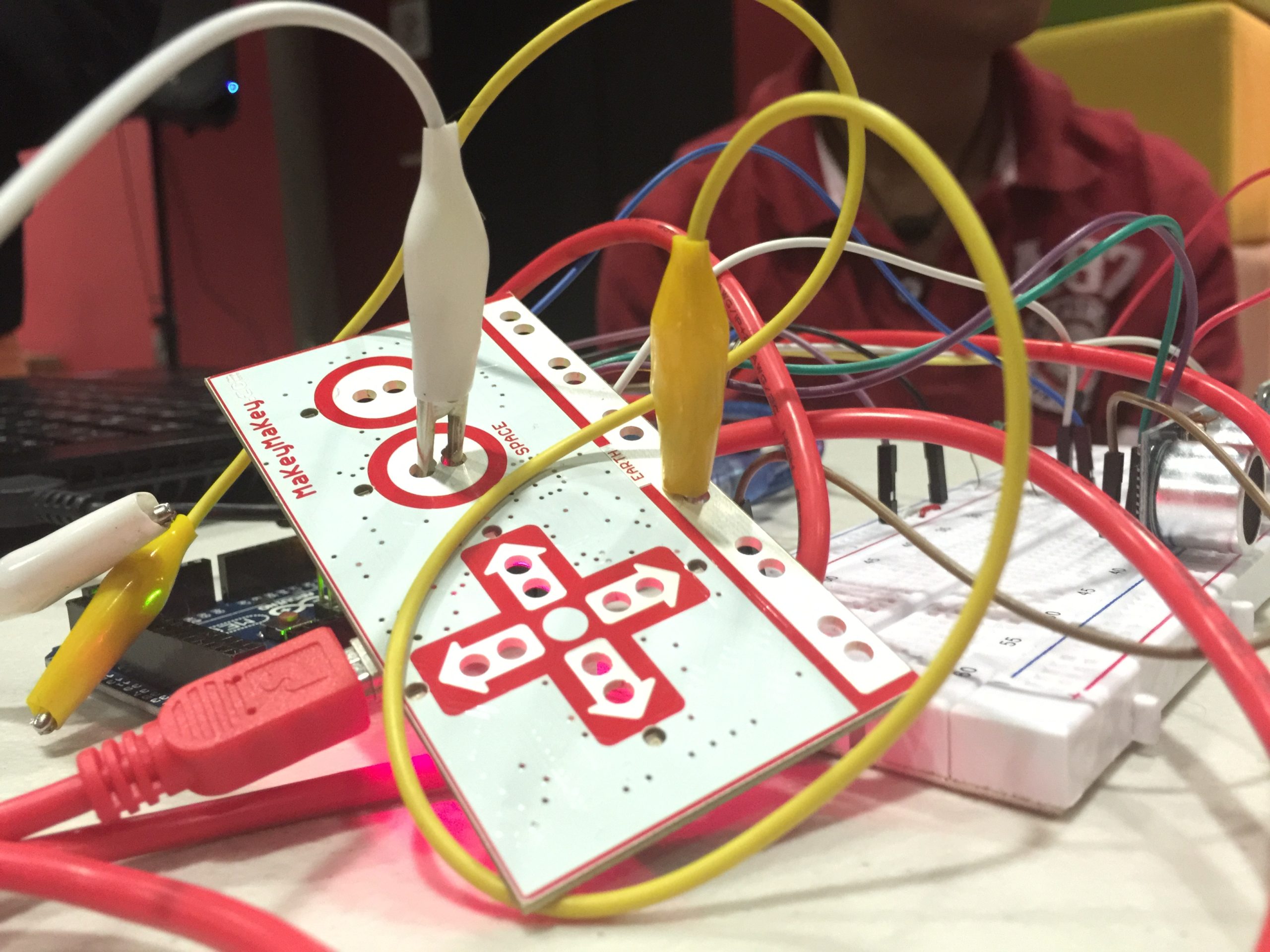 Only recently, hackers have been seen on television shows and movies behind walls of lime-green text and fast-scrolling code. As their fingertips clack away at breaking into some system, they’re usually passionately striking that last keystroke before announcing to the dark lit room; “I’m in!”. If it’s not a Matrix-inspired archetype, the hacker is usually portrayed as some shady character, silently sniffing your packets and harvesting your credit cards. This, however, isn’t what hacking is all about and the hackers in this city have a byte-sized bone to pick about it.

Hackers are about making existing stuff faster, smarter and better. Makers, their more build-focused twins, are about creating new stuff from scratch. Both of these inventors have had quite the struggle to become recognized outside of the examples that normally get passed through the news cycle. From their humble beginnings in an MIT model train club to a new, worldwide sector in technology, hackers are now widely recognized as both criminals, activists, security professionals and tinkerers.

With so many stories of data breaching and privacy scares thanks to the likes of some of the more popular hacking groups, it’s no wonder the term comes under such scrutiny. The other side of it, however, is more playful and educational. There are many people who wouldn’t even consider themselves a hacker, in the traditional sense of the word, as they rip apart computers in their basement or make some final tweaks to a remote controlled car, but the hackers of yesterday seemed to start out as imaginative

Enter, the ‘Maker’ programs at our public libraries. I’m proud to be a part of a community that promotes the hacker mindset and, with these social, involved approaches to learning, we can be sure that Brantford is engaging it’s youngest hackers to make our community more advanced than we can imagine.

Hackerspaces, maker labs and in general, these types of hands-on learning initiatives are popping up all across the province. They’re mostly made up of rooms with large tables for tearing down old computers and bashing them into new machines, bins full of construction materials and loose-leaf sheets of code laying about. Many start like most of the major tech companies did, in garages. Some are taken up by municipalities as valuable assets for developing our youth and Brantford’s Public Library has done just that.

Amy Woodhouse is an Emergent Technologies Library Technician, working inside the system bringing these maker labs to our city. She’s keen on having kids learn new skills and understand technology from many different angles. She’s literally hacking our future. I visited Amy as she staged the Maker Shop program at the St. Paul Branch and, while Amy was unpacking a “MaKey MaKey”, a Kickstarted invention kit, it became immediately clear that Amy was invested not only in coding and creation, but the future of our community.

“They all come up with something different,” Amy said, as she was laying out materials to create electrical buttons to control a little USB-enabled computer. She listed one of the program’s main goal as being, simply, “to touch things and interact”. I can really get behind such an open ended idea like the one being put forward by Amy and the rest of the crew at the St. Paul Library. Without the need for a particular data point or a rubric, the idea is to just be involved in the process of making something. This idea has empowered some of the largest tech companies in the world and by proxy, life-changing technologies.

Amy was quick to point out some of the other technologies being used by the different ‘maker’ programs, too. Between 3d printing, Arduino units and basic coding, there are endless opportunities for exploring science, technology and critical thinking. The room itself, once it filled up with the 5 regular kids who arrive every Thursday at 4pm, had the creative buzz of a university campus. The hum that goes along with thriving creative energy was palpable as the kids arrived, dug into the bins of building supplies and got to work. I stood by to observe as the kids had questions pertaining to the task at hand. One little guy had a question about his construction paper, which he was trying to pass an electrical current through. Amy explained that since construction paper was not conducive, he wouldn’t be able to pass electricity through it. His next question will sit with me for years to come, on being told that construction paper couldn’t hold a charge

Reminiscent of a Kevin Smith motivational video, ‘why not?’ is a question that will eventually cure cancer. It will stop war and build renewable energy. It will feed the hungry and create happiness.

We have amazing infrastructure at our fingertips. Alongside the tech we use day to day, there are people here in Brantford using it for better. In a little meeting space in the Library down the street, staff like Amy and her crew are empowering the kids of our community to build, create, explore and someday, maybe even save our world.